Supply And Demand Analysis For The Notebook

Supply and Demand Analysis for the Notebook

Introduction Of Supply And Demand In The World

Supply and demand is perhaps one of the most fundamental concepts of economics, which is the backbone of a market economy. Demand refers to the number of products or services (quantity) needed by the buyer. The quantity demanded is the amounts of a product are willing to buy at a certain price.

Nowadays there are many types of notebook that can be found in the market such as Acer, Dell, Lenovo and so forth. Whether it is for personal or business’s use, there are plenty of choices that customer can choose. Also, they can make choices by referring on the design, price and specifications of the notebooks which provided to them.

The demand for notebook will increase but the quantity supply still constant due to the process of research and development (R&D) for notebook and tablet. Although they speculate that notebook will be replaced by tablet but they still need to maintain their business by selling notebook.

Graph Of Supply And Demand Of Notebook In The World 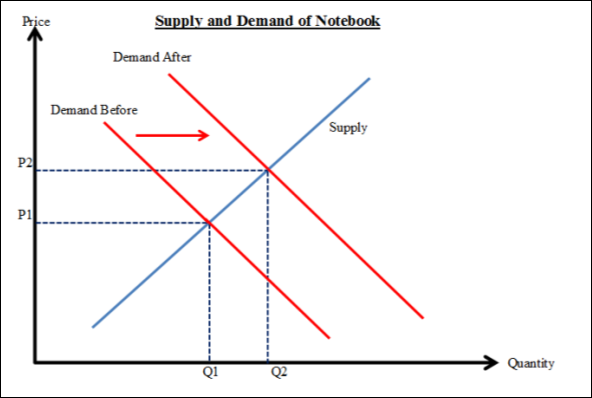 Diagram 1 shows a graph for the notebook’s demand increases and supply remains constant in Malaysia. Thus, the price and quantity demanded of the goods are increased when the demand is increased but the supply is still constant.

Reason Of Demand Increase Supply Constant On Notebook In The world

According to NPD Display Search in Quarterly Mobile PC Shipment and Forecast Report, it states that Tablets will edge out notebooks in global shipments this year. Tablet PC shipments are expected to more than 240 million, while shipments of laptops will reach about 207 million. This is the first time, Tablet PC will more than 50% of the annual market share this year, increase from around 38 percent last year and 26 percent in 2011. The graph refers to Appendix 1.

Based on the statistic the emerging and mature market for notebook and tablet, the tablet shipment will ride 64 percent to 2013 from 2012. Thus, both research groups NPD and DIC have been carried out on the process of Research and Development (R&D). It is because they want to know the consumer reaction on the notebook and tablet in related market. Tablet has been observed in the market which the situation of demand increases and supply constant will be happened relate the notebook. Although they speculate that notebook will be replaced by tablet at any time but they have still need to maintain their business by selling notebook.

Besides that, the supply of the notebook will be remaining constant because it is easy to stock clearance through the process of Research and Development (R&D). The way they are using in notebook’s stock clearance by using the promotional strategy. For example, supplier or seller can promote their notebook either gives a cheaper price to the customer who wants to purchase or give the promotion such as buy 1 free 2 to attract the customer to purchase through in Information Technology (IT) fair.

Conclusion of Supply And Demand In The World

Notebook is a technology that will bring convenience to customer and business user. But with the development technology nowadays, the notebook become less of demanded it is because the tablet will substitute the laptop. Thus, both research groups NPD and DIC have been carried out on the process of Research and Development (R&D) to know the consumer reaction on the notebook and tablet in related market.

In conclusion, the supplier of notebook can produce a new function for notebook to attract consumer to purchase and do not be replaced by tablet. It also to avoid the demanded quantity of notebook will decrease.

Substitution effect is the change in the quantity of that good consumed when the budget constraints reflect the new amount of prices, but keep the original agent indifference curve. Consumers are always spending on higher-priced goods to lower-priced ones as they tried to maintain their living standard when facing inflation.

Some of the consumers will replace to another similar good such as coffee being substituted with tea due to their salary income still constant. Besides that, they also can replace to cheaper price in coffee when they want to drink coffee such as Starbucks Coffee will be replaced to Mc Café.

Substitute Good For Coffee And Tea

The price of the coffee increase, there are two effects that are left behind which are the income effect where people will feel as if they are no longer can able to afford a particular good, because their monthly income and also the substitution effect where a person will replace to another similar good such as coffee being substituted with tea. 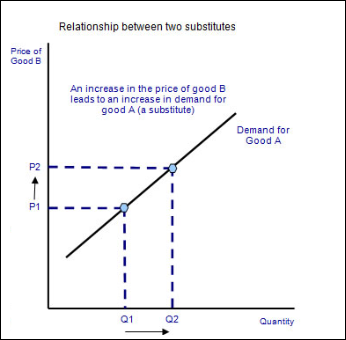 According to Geoff Riley showed that the substitute goods such as coffee, an increase in the price of coffee will lead to an increase in demand for the tea. Thus, the cross price elasticity for two substitutes will be positive. Some consumer will replace to another similar good such as coffee being substituted with tea it is because the price of coffee is higher than tea. Thus, consumers are wanted to maintain their income.

Otherwise, consumer can replace to cheaper coffee when they want to drink coffee such as Starbucks Coffee will be replaced into Mc Café. JILL KRASNY (2012) has proposed that “McDonald’s introduced the McCafé Cherry Berry Chiller ($2.89 for a 16-ounce cup) and McCafé Frappé Chocolate Chip ($3.99 for a 16-ounce). Starbucks’ Frappuccino is more expensive ($5.45 for a 16-ounce cup) than McDonald’s version.”

Coffee and tea is a type of beverage that people always drink in everyday. The tea will be substituted by coffee it is because the price of the coffee is increases. Thus, the consumer will change to drink tea or their drink another brand of coffee to maintain their income. The graph of relationship between substitute goods such as coffee, the price of coffee increase will influence the demanded for the tea will increase. Thus, the demanded quantity of tea increases, the price of tea is decreased.